King Jesus vs. Yertle the Turtle 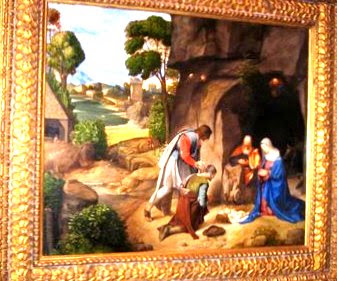 "Thou Who Wast Rich Beyond All Splendor"

One of my favorite Christmas (and any time of the year hymns), about Jesus, who stooped so low - "thrones for a manger didst surrender" - out of such great compassion for us.  He didn't demand power, but instead relinquished it for a while so that he could be Emmanuel, "God With Us."

Contrast that to so many who want to lord it over others.  Like Dr. Seuss's Yertle the Turtle. 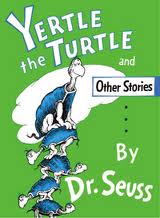 (If you can't see the video, click here: Yertle the Turtle)

On the far-away island of Sala-ma-Sond,
Yertle the Turtle was king of the pond.
A nice little pond. It was clean. It was neat.
The water was warm. There was plenty to eat.
The turtles had everything turtles might need.
And they were all happy. Quite happy indeed.

They were… until Yertle, the king of them all,
Decided the kingdom he ruled was too small.
“I’m ruler”, said Yertle, “of all that I see.
But I don’t see enough. That’s the trouble with me.
With this stone for a throne, I look down on my pond
But I cannot look down on the places beyond.

This throne that I sit on is too, too low down.
It ought to be higher!” he said with a frown.
“If I could sit high, how much greater I’d be!
What a king! I’d be ruler of all that I see!”
So Yertle the Turtle King, lifted his hand
And Yertle, the Turtle King, gave a command.

He ordered nine turtles to swim to his stone
And, using these turtles, he built a new throne.
He made each turtle stand on another one’s back
And he piled them all up in a nine-turtle stack.
And then Yertle climbed up. He sat down on the pile.
What a wonderful view! He could see ‘most a mile!

And all through the morning, he sat up there high
Saying over and over, “A great king am I!”
Until ‘long about noon. Then he heard a faint sigh.
“What’s that?” snapped the king,and he looked down the stack.
And he saw, at the bottom, a turtle named Mack.
Just a part of his throne. And this plain little turtle
Looked up and he said, “Beg your pardon, King Yertle.
I’ve pains in my back and my shoulders and knees.
How long must we stand here, Your Majesty, please?”

“SILENCE!” the King of the Turtles barked back.
“I’m king, and you’re only a turtle named Mack.”
“You stay in your place while I sit here and rule.
I’m the king of a cow! And I’m the king of a mule!
I’m the king of a house! And a bush! And a cat!
But that isn’t all. I’ll do better than that!
My throne shall be higher!” his royal voice thundered,
“So pile up more turtles! I want ’bout two hundred!”

“Turtles! More turtles!” he bellowed and brayed.
And the turtles ‘way down in the pond were afraid.
They trembled. They shook. But they came. They obeyed.
From all over the pond, they came swimming by dozens.
Whole families of turtles, with uncles and cousins.
And all of them stepped on the head of poor Mack.
One after another, they climbed up the stack.

Then again, from below, in the great heavy stack,
Came a groan from that plain little turtle named Mack.
“Your Majesty, please… I don’t like to complain,
But down here below, we are feeling great pain.
I know, up on top you are seeing great sights,
But down here at the bottom we, too, should have rights.
We turtles can’t stand it. Our shells will all crack!
Besides, we need food. We are starving!” groaned Mack.

“You hush up your mouth!” howled the mighty King Yertle.
“You’ve no right to talk to the world’s highest turtle.
I rule from the clouds! Over land! Over sea!
There’s nothing, no, NOTHING, that’s higher than me!”
But, while he was shouting, he saw with surprise
That the moon of the evening was starting to rise
Up over his head in the darkening skies.
“What’s THAT?” snorted Yertle. “Say, what IS that thing
That dares to be higher than Yertle the King?
I shall not allow it! I’ll go higher still!
I’ll build my throne higher! I can and I will!
I’ll call some more turtles. I’ll stack ‘em to heaven!
I need ’bout five thousand, six hundred and seven!”

And Yertle the Turtle, the king of the trees,
The king of the air and the birds and the bees,
The king of a house and a cow and a mule…
Well, that was the end of the Turtle King’s rule!
For Yertle, the King of all Sala-ma-Sond,
Fell off his high throne and fell Plunk! in the pond!
And today the great Yertle, that Marvelous he,
Is King of the Mud. That is all he can see.
And the turtles, of course… all the turtles are free
As turtles and, maybe, all creatures should be.

I'll take Jesus over Yertle the Turtle any day!

P.S. Thanks to Jessica Ivey, 4th-6th grade history teacher at the Providence Home Educators co-op, for mentioning Yertle in her discussion about true greatness in leadership.   As her classroom assistant, I was able to Google the story on my iPod and read it aloud to the class.  Perfect. 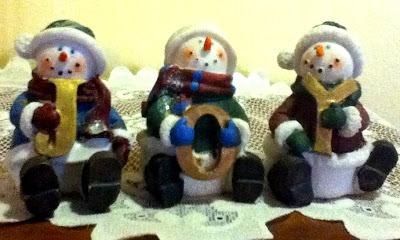 I've been thinking lately, as so many of you have, about how many people are in survival mode at Christmastime.  And I'm not talking about how they have just crammed their schedules too busy or they are running around trying to buy all of their gifts in time.  I am talking about real survival mode.  As in: they don't have enough food to eat, decent clothes to wear, proper medical attention, maybe even a roof over their heads.  Or they might be struggling through chronic pain or handicaps - physical, emotional, and or spiritual.  They might be afflicted with mental illness.  They might just be lonely or anxious, or grieving the loss of loved ones.

Think through the people you know, or even those whom you don't know yet.  What are they going through right now?

Where are they?  In a Third World country around the globe from you, on the streets downtown, in a decent enough home down the street from you, or, chances are, they might be living at your house.  This might be you.

What can you do?  How can you help make the holiday season a little merrier for someone else?