If You Expect Real Respect... 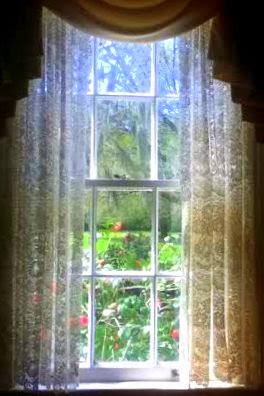 If you expect real respect, show your strength, not your power. Lead with your character, not your charisma.  Cultivate your inner integrity, not your outer image.  Admit your weaknesses; don't pretend perfection.  Be tender-hearted yet tough enough to endure; don't be bitter or brittle.  Motivate with inspiration, not manipulation.  Leaders listen.

Embrace your equality with others.  Don't cling to (or hide behind) your gender, your color, your age, your wit, your wealth, your beauty, your education, your successes, your connections, your rank, or your title.  We need each other!

Real respect is reflected in mutual consideration, cooperation, community, and most of all, compassion.  Respect flourishes when there is liberty and justice for all.  Look out for the least and the little, for the Greatest One is watching you.

If you want real respect, share it freely and fully with others; don't demand it for yourself.  Coerced admiration is worse than worthless.  Insincerity increases insecurity.  Flattery is a feigned feast that leaves you hungrier than ever.   Sham will not cover shame.  It is far better to be clothed with simple dignity than to be exposed as the “emperor who wore no clothes.”


Real respect?  The kind that truly matters?  There is no other way.  If you expect real respect, just set your heart on becoming really respectable.

A few more thoughts on my essay above...

A popular Christian blogger, Matt Walsh, recently wrote an article called "Your Husband Doesn't Have to Earn Your Respect" and set off a firestorm of nearly 2,000 comments so far.  The irony is that so many, while claiming to promote respect, expressed their viewpoints with words of contempt for the opinions and experiences of others.  Sarcasm, loaded language, subtle put downs, unveiled ad hominem attacks, insinuations, and presumption of motives all detracted from the conversation.  I prefer to be civil and cordial.
As I wrote, "I think it would be helpful to distinguish between kinds of respect. We can treat everyone with a basic dignity, especially a close family member, even if they don’t have particularly commendable behavior. This includes looking for the good and verbally acknowledging it, even when there are problems. It means overlooking what we can. That does not mean, however, that we have any obligation to admire the character of anyone who really has poor behavior."
Reiterating this in my later comment: "Respect is important, no matter who you are, man or woman, young or old. Words have power. Sticks and stones may break my bones, but words can break my heart.  Basic dignity is due to all, no matter what. We should be courteous and kind, even if we do not agree, and even if we must, in good conscience, intervene to prevent destructive behavior.  Authentic trust and admiration are based on our perceptions of what someone is doing or saying. They can be built up or broken down. We can’t demand it. We have to earn it. That’s a fact of life."

I didn't say this in my comments on Walsh's blog post, but we should obviously have proper respect for position as well: spouse, parent, pastor, teacher, employer, government official, the elderly, those with whom we have business contracts, etc.  However, this is what we focus on when we think of respecting others, not what we can just assume as our absolute right when we are in those positions ourselves.   As a mother, I want my children to respect me.   As a teacher, I want my students to respect me.  There is nothing wrong with that, and I should be regularly encouraging them in that healthy habit.  After all, part of my job is keeping order in the home and classroom.  However, this is not for my own ego, but for their good, packing their "life toolbox" with skills for their success, both now and in the future.  If I expect a more meaningful personal (rather than positional) respect from them, I should try to live up to it. That starts with mutual respect.  The one who leads should be the one who serves.  Frankly, that has been a paradigm shift for me in recent years, and I still have a long way to go in both giving and receiving respect.  So really, you could say that I am writing to myself most of all.
I share those comments to clarify what I wrote in my little "If You Expect Real Respect" essay above.   That's not the only thing that prompted me to write today, however.  I see this issue of respect as an on-going and very pertinent theme in the Christian blogging community.  Though I have mainly been writing about old hymns lately, the main mission of this Watch the Shepherd blog is to address the issues of abuse of authority in families, churches, and religious organizations.  Why does this happen? Usually, it's because those who are in perceived positions of power are demanding respect but not giving it.  That is just my two cents worth.

There is so much more I could say.  I could think of numerous Scripture verses, Dr. Martin Luther King's "I Have a Dream" speech, and even links to other web sites.  In the interest of time, however, I'll leave you with these related posts from this blog instead...
I would love to hear your thoughts about real respect, so leave a comment!

Posted by Virginia Knowles at 11:07 PM