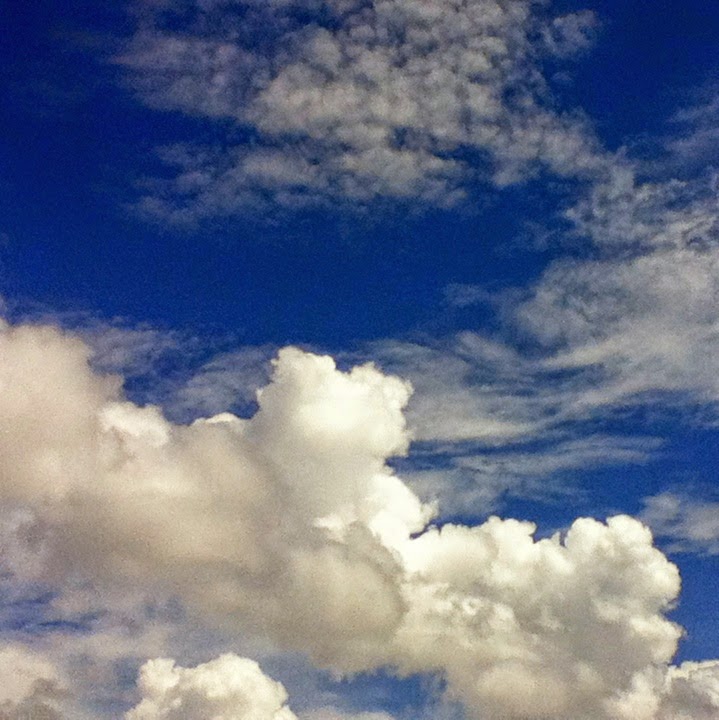 A friend posted the following quote on her Facebook status, noting that she found it here: The Abuser in Couples Therapy.

"Attempting to address abuse through couples therapy is like wrenching a nut the wrong way; it just gets even harder to undo than it was before. Couples therapy is designed to tackle issues that are mutual. It can be effective for overcoming barriers to communication, for untangling the childhood issues that each partner brings to a relationship, or for building intimacy. But you can’t accomplish any of these goals in the context of abuse. There can be no positive communication when one person doesn’t respect the other and strives to avoid equality. You can’t take the leaps of vulnerability involved in working through early emotional injuries while you are feeling emotionally unsafe — because you are emotionally unsafe. And if you succeed in achieving greater intimacy with your abusive partner, you will soon get hurt even worse than before because greater closeness means greater vulnerability for you." (Excerpt from Lundy Bancroft's book, Why Does He DO That? Inside the Minds of Angry and Controlling Men, pp 351-352)

Someone who commented on that status said that the quote didn't appear to give enough hope for the couple. At first glance, it's tempting to attribute this to the fact that author Lundy Bancroft is not writing from a Christian perspective and therefore does not believe in Biblical transformation. Let's not dismiss him so quickly. He is onto something vital and actually very Biblical even if it is not couched in that language.

In this article, I will attempt to explain many of the reasons why couples counseling is not appropriate for abusive relationships, even among Christians. Let me first say that this is written assuming the abuser is the husband, and the victim is the wife. I am aware that this is sometimes reversed. I also use male gender pronouns for the counselor as a matter of grammatical convenience.

I think the confusion about couples therapy in abusive situations comes because many Christians believe that its sole goal is the full restoration of the marriage. Instead, the rightful primary goal of therapy is the genuine safety and emotional well-being of those who have been victimized, and only secondarily the transformation and potential restoration of the abuser. Realistically, given the abysmal recurrence of abuse statistics of even "Christian" offenders, the wisest course of action in many cases is likely to be long-term separation or divorce, not marital reconciliation.

It may not be at all prudent for an abused woman to consider reconciliation, even if her husband has claimed repentance. It is common for abusive husbands to feign repentance or to try to behave outwardly for a period of time in order to regain the trust of their wives. Unless there has been deep heart change, any apparent outward "progress" will not likely be sustained. The behavior will sprout up again like a weed that has been lopped off at soil surface and not carefully extracted at the root level. This is part of the cycle of abuse. If the wife allows her husband to come back to the family home based on his promises to do better without lengthy and solid proof of inner change, it may be nearly impossible to get him to leave again if the abusive attitudes and behaviors come back. That's a risk that a women cannot rightly take, especially if her husband is using any form of manipulation to cajole her into letting him come back. An attempt to coerce her toward reconciliation is a red flag warning that there is more danger ahead.

Even if the wife is not fooled, it is too easy for the husband to fake his maturity or progress in front of the counselor. Either he can persuade the counselor that he wasn't really the problem in the first place or that he has sufficiently changed. To pull off this charade, he may sweet-talk or intimidate his wife ahead of time into making it seem like all is well when they get to the counseling session. Certainly she is not free to discuss on-going problems in any substantial way, nor question his sincerity. If she complies with her husband and shuts up, the counselor may assume that the problems have been resolved or weren't as bad in the first place. No progress in counseling will happen because the husband is off the hook. If she does disclose what is really happening, she risks retaliation from her husband. He may trash her in the counseling session, bring up complaints against her to distract the counselor's focus from the core abuse issue, verbally abuse her in private, deprive her of basic financial and practical needs, send hostile texts or voice mails, or even take out his frustration in more violence against her or the children. If the counselor sees through the husband's hypocrisy and calls him out for his abusive behavior, the husband may complain that the counselor is biased and unfair, and use this as an excuse to refuse to cooperate with treatment.

The counselor may attempt to establish rapport with empathy for the husband's concerns and complaints. If he accepts these as a contributing factor to the abuse, he may inadvertently tip the already unhealthy imbalance of power even further in the husband's direction. The counselor may also encourage a reinforcement of traditional gender roles so that the husband will "man up" and decide to protect his wife and children. In an abusive marriage, this can be wrongfully interpreted as a sanction to exert even more authoritarian control. That's like putting the fox in charge of the hen house. This is especially confusing if the abused wife has already separated from the husband and is trying to establish healthy autonomy in a safe space. By using violence and domination, he has pretty much forfeited whatever authority he had over the family.

Then too, the abused wife is often pressured by the counselor to forgive and forget. She is warned to never consider divorce because that is supposedly a cardinal sin. It's all on her if this doesn't work out, because her husband is obviously "trying to do right" by coming to counseling. She must be just a bitter wife who isn't willing to work on her problems, right?

The wife may be accused of tempting her husband toward adultery if she refuses marital intimacy due to lack of trust. If she has insisted on him moving out, she may be criticized for "kicking him out." She may be grilled as to how she provoked the abuse through her inadequacies, and chided for being disrespectful of her husband's leadership in the family. The assumption is that if she would just show more respect, he would naturally love her more and not abuse her. Unfortunately, in these cases, an attempt to show "respect" to her husband may serve to validate his craving for power and enable more mistreatment. And, as her husband hears this inquisition of his wife by the counselor, he has that much more to hold against her and over her.

The counselor may also sense that the wife is depressed and assume that this is either the cause of the marital problems or that her depression is twisting her perceptions about what has happened. Could it be that she is actually depressed because she's in a horrible marriage, rather than the other way around? Or it could be true that she is just very tired and burned out because she has exerted herculean emotional and physical effort to make tough choices about boundaries, whether he still lives in the home or not. This stress takes a huge toll on a woman's body and soul. On top of that, now she is made to feel guilty for not being "joyful in all circumstances." Instead of the relief and affirmation she so desperately needs, she gets piled on with more burdens and accusations. What is worse is that in a couples counseling session, the husband picks up on this theme and uses it as leverage to make his wife feel even more incapable of dealing with "her problems." One more bomb for his arsenal...

If the wife is savvy enough to catch onto and protest about anything inappropriate in the counseling session, the penalty for her resistance may be condescension from the counselor, who has a vested interest in protecting his professional reputation. If she shows visible distress or raises her voice, she may be seen as irrational or too emotional, and told to calm down. Her mental stability is then in question, which may make the counselor doubt what she shares. The husband can then smile and nod his head in agreement with the counselor. See what he has to put up with? No wonder he gets so frustrated at her! Never mind that he might have been subtly baiting her and pushing her secret emotional buttons so that she would lose it in front of the counselor.

One factor in all of these couples counseling failures is that many "Biblical" therapists - even those with doctorate degrees - are not sufficiently trained in the specific dynamics of abusive relationships. Dangerous marriages are treated with the same techniques as ones that are just plain difficult, but they don't function the same. It is not just a matter of severity of behavior on the spectrum of dysfunction. Counselors can't just dial up the usual advice to a higher notch. Instead, they must be prepared to deal with the twisted mindset of the abuser and the traumatized state of the victim. You would think they would get that.

Unfortunately, so many counselors don't understand and don't use a different approach for abusive marriages. Christian wives who listen to them feel roped in with no safe and sensible options; they have been told they must be "godly" and therefore "Biblically" and "respectfully" reconcile with a dangerous, destructive man who is not really truly going to change. The period of time she participates on this "restorative" couples counseling may actually hinder her from pursuing safety and sanity, and thus prolong the abuse and unhealthy control.

What is at all "Biblical" about this? It is ripe for hypocrisy and deception, not TRUTH. It enables more manipulation and violence. A couple cannot rebuild a healthy relationship on this foundation. There is no Biblical call to trust someone who is covering over abuse. There is also no valid reason for a woman to expose her children or herself to danger and degradation again just so her estranged husband can look good and get his own way. There is no excuse for counselor to allow an abused wife to be re-victimized by her husband in a couples therapy session.

How should counseling proceed for couples in abusive relationships? Here is what I think is necessary:

Those are my recommendations for counseling in abusive marriages.

I know this has been a long post, but I hope it has been comprehensive, and that is has helped you better understand the dynamics of abuse and counseling.

In writing this post, I appreciate the insights gained from the article 12 Reasons Why Couples Counseling is Not Recommended When Domestic Violence is Present.

In addition, I would like to point you to the other domestic violence posts on this blog, as well as my resource page with links to those and other sites. My own posts elaborate more on specific aspects of abusive relationships, as well as appropriate responses.

Posted by Virginia Knowles at 11:10 PM